The following information was gathered in March of 2002.  I was using the barley to determine the month of Abib and then set up the Biblical Calandar for the coming year.  I had been going to Arizona barley fields for several years, at this point, and was learning more each year.  What I learned in March of 2002 was very shocking to me.  Below you can read my observations, Biblical references, and comments.

Did you know that all barley is not the same?

I recently learned that one type of barley will mature in April of 2002 and another type will mature in May of 2002.  These are not genetically modified varieties; these are products of farming seed selections that have been used by man for centuries.

How many types of barley are there?

Here in Arizona, there are more than six types of barley grown.  Some seed types that have been developed to grow better in a dry, desert environment (Arizona, Israel, etc.) are shipped all over the world. 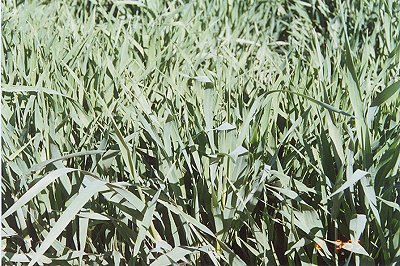 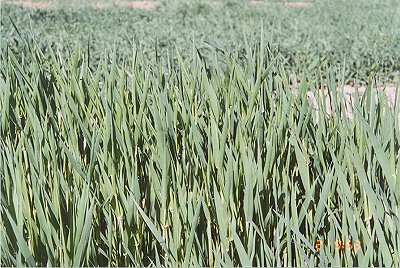 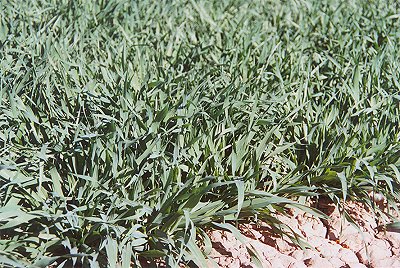 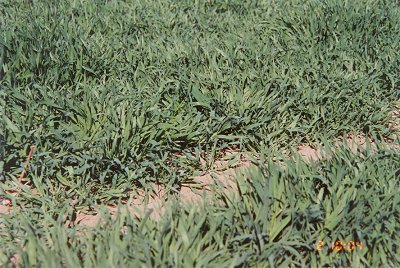 When do different varieties head and when do they mature?

DEFINITIONS:
"In the boot" - when the plant begins to open and hairlike strands are coming out of the top with partially visible undeveloped seed pods at the base of the strands. 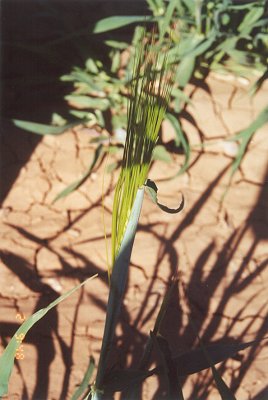 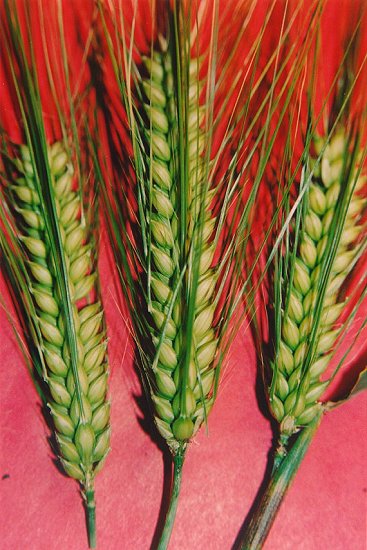 "In the head" and yellowing (previous year)

"Maturity" - Physiological maturity is 1 to 2 weeks before harvest ripe stage. 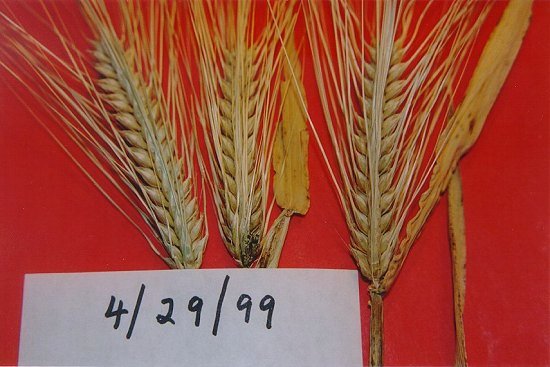 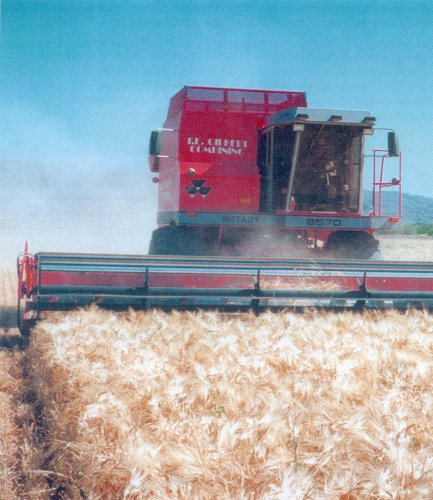 COMMENTS:
For barley to be used for determining Abib, it should be at "maturity" at the time of the new moon, so 14 days later would be Passover and the barley would be ripe for the first fruit offering that was done.  In the event that the barley field was not totally ripe, some could be picked, since roasting the seeds to dry them was acceptable for an offering.
Concerning the Passover firstfruit wave-sheaf offering, Josephus says (Ant., iii, 10,5) that the sheaf was of barley, and that, until this ceremony had been performed, no harvest work was to be done.  So, the barley was harvest ready.  If barley is to be used for the first month determination, it must, at the new moon, be yellow and beginning to dry out as in the "Maturity" picture above; two weeks later, Passover, it would then be harvest ready.  Abib does not mean "green ear;" this incorrect translation has caused much misunderstanding.

CHOOSE YOUR BARLEY:
Poco - If a poco type variety is used for determination of Abib, it will not be "in the head," let alone "mature," by the new moon of March 15, 2002.  This will cause us to add a 13th month (intercalary month) to the Biblical calendar this year.

Max - If a Max type variety is used for determination of Abib, it will not be "mature" until April 30, 2002.  This is way past the new moon of April 13, 2002; and would cause the need for a 14th month, which is not done for many reasons; one of which is that Passover would be at the end of May, almost in the summer!

Is there an "original" barley variety?

According to a local barley farmer, if there is an "original" barley variety, no one grows it; he is not aware of any "original" barley seeds.  He has been farming his whole life and is in his 70's; barley is his specialty. 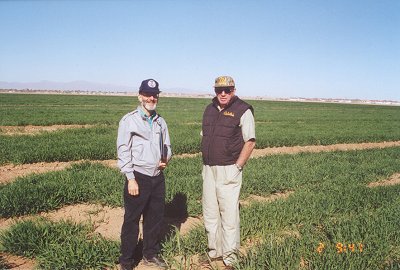 Which barley would be used to determine the month Abib and how?

The statement that someone "uses barley to determine the month Abib" is an incomplete explanation.  Too many factors are still left to be explained:

All of the above methods in 3.), and more, are currently being used by different groups in their determination of the month Abib.  These result in honest, sincere, dedicated believers doing the Appointed times on different dates and in different months.

What about the barley in Israel?

Israel is a modern country, with modern farming techniques.  Farmers plant seed types that will be disease resistant, have an increased yield and different harvest times.  We receive barley reports from Israel.  It is stated that the barley looked at in Israel is an ancient variety and is wild barley.  Harvested barley, as in the Scriptures, would be domesticated barley, not wild barley; because wild barley does not have desirable characteristics for making bread.  Has the domesticated barley in Israel never been crossbred in any way for disease resistance, yield, or speed of maturity?  Was it planted in an area where it would mature earlier due to that location?  Was the barley in the Biblical references planted in these same areas or in areas that might result in later maturity?

If using barley, does it have to be in Israel for determining the first Biblical month?

1.) The following Scriptures are used to support using barley to determine the first
month:

Exod 9:29 (NIV) Moses replied, "When I have gone out of the city, I will spread out my hands in prayer to {Yahweh}. The thunder will stop and there will be no more hail, so you may know that the earth is {Yahweh's}.
Exod 9:31 (NIV) (The flax and barley were destroyed, since the barley had headed and the flax was in bloom.

2.)This event happened in Egypt.  Egyptian barley on Egyptian land with Egyptian
weather.  If conditions are to be duplicated as close as possible, to the event
above, for determining the first Biblical month; shouldn't the barley be checked
in Egypt each year, where the event happened?

What about the equinox method of determining the first month of the Biblical year?

This method defines the first Biblical month to begin with the first new moon after the spring (vernal) equinox.

The spring equinox is that moment when the sun passes directly overhead the earth's equator.  It is called the equinox, because on that day at the equator, day and night are of equal length.  It is called spring equinox, because this event ends winter and brings the spring season (warmer weather) to the hemisphere that the sun is entering.  Should the new year start in the winter or in the spring?

According to the book Karaites in Byzantium by Zvi Ankori, the Karaites in Babylon did not use barley to determine the first month; but they used the vernal equinox.  I believe that Yahweh gave us a method that allowed people anywhere on the earth keep the festivals and know the first month through all these centuries without any knowledge about barley from Israel or Egypt.

This method has been known and used for well over 2500 years.  It also provided a method used for centuries around the world when electricity and phones did not exist to contact Israel or Egypt.  Was it wrong then?  Can we choose to use it instead of barley and not be in sin?  Some claim that using the equinox method is Astrology, which is pagan.  Observing the sun passing overhead the equator is Astronomy not Astrology.  Yahweh would not tell us to do something that is sin, and he did say;

Gene 1:14 (NIV) And {Yahweh} said, "Let there be lights in the expanse of the sky to separate the day from the night, and let them serve as signs to mark seasons (appointed times) and days and years...

There are many arguments for and against this method; however, its use would result in believers doing the Appointed times on the same dates, allowing planning, and bringing unity among the brethren.  Fellowship at these times would greatly increase also.